Isn't the internet a fascinating phenomenon? Today, the posting at one of my early favorite blogs is about square watermelons from Japan - oops cubical watermelons. I felt a twinge of incredulity, but found a hoax site that indicates that it is true and a video of a news clip at a popular video sharing site which means it is most certainly true. Apparently, there are also spherical carrots. 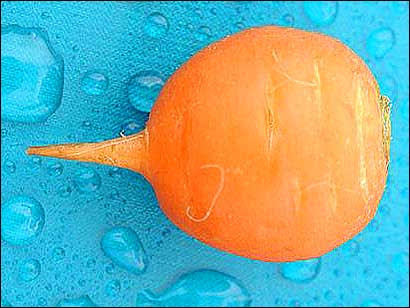 Over at my del.icio.us page, I have recently bookmarked several interesting 3D tools, including the one that my buddy Greg used to create the rotating model of an engine's pistons, called Sandy.

Incidently, the link above to the piston's example uses a new feature in CLIPS - the ability to link directly to a scene within an activity. It uses a fairly straightforward javascript technique which communicates to the flash object, but we were excited to be able to make it work. There is a link at the top of the scene to a sequence that describes how the engine works that is worth the trip.
Posted by Ross Isenegger at 5:29 AM