Math in the Movies

If you are going to subscribe to only one delicious feed, choose dougpete, unless you already subscribe to his blog.

Here is a beauty of a site that Doug tagged: Mathematics in Movies.

Right now it has about 80 clips from movies that involve math, including the explanation of why 7 times 13 is 28 below from Abbott and Costello's In the Navy, which I just love and the clip from Harold and Kumar that I wrote about previously.

Posted by Ross Isenegger at 8:51 AM No comments: Links to this post

Here is a Valentine's gift for that someone 'special'. 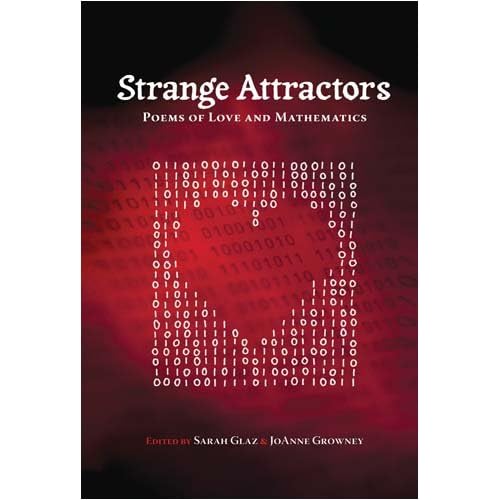 Thanks to Kaz for alerting me to this and for his contribution to the book: 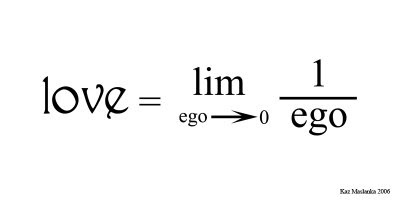 How would you represent the pain of moving ego to zero, though?
Posted by Ross Isenegger at 6:26 AM No comments: Links to this post

Here is a gift suggestion

You can get it at thinkgeek.com. I am an XL.

What could you do with this?

Dan Meyer has posted some photos and videos and wondered what Math teachers could do with them. I have been wondering the same thing about some of my recent Flickr favorites.

So let me ask you the question - What do you make of this?

It is from the site where we get our paystubs from.
Posted by Ross Isenegger at 6:17 AM No comments: Links to this post

Finding Points of Intersection with The Geometer's Sketchpad

So Frank asked me about finding intersections of plotted linear functions at our Web 2.0 session last week. It turns out that constructing the intersection of two lines is trivial but of two function plots is not.

I told him the story about how happy I was to have written a custom tool to take two linear functions as input and create their point of intersection for Stephanie. The .gsp file is here.

At least, I was happy until I asked my pal Shawn Godin about it and he very quickly created a sketch that takes two polynomial functions (and maybe other kinds), and the origin and plots the functions, creates a locus of all the points of intersection found using Newton's Method, and labels one of them. You can then drag the point on the locus through all the points of intersection. His .gsp file is here.

Guess which one of us is working on our PhD in Mathematics?

Thanks Shawn for giving me permission to share the sketch. I'll be curious to see if this post gets as much traffic as the post about graphing inequations in Sketchpad, which also reported Shawn's guru status in the Sketchpad community.
Posted by Ross Isenegger at 6:58 PM 3 comments: Links to this post

I have been involved with introducing educators to Web 2.0 and have tried to write compelling, serious reasons why they should care about it - and I think those reasons are right. But, a good part of my enjoyment of the web is the finding something delightful that exhibits the best of the human spirit - something remarkably creative or intelligent or funny.

It happened to me this morning just as I was about to delete a post by David Pogue about iPhone apps. I don't own an iPhone. Luckily, I scrolled down. David was writing about the iPhone apps store where users can download apps for $1. His example was an app by Smule called Ocarina. It turns your iPhone into a wind instrument. You blow into the microphone, finger the screen and the speakers play. Here's the demonstration that he mentions:

Not only that, but there is social aspect. Like Wikipedia Vision, you can view a map of the world and listen in on people playing their music anywhere in the world. You can even record your work and view sheet music for the Ocarina.

As a math educator, I get excited about students bringing their Mobile Internet device to school and having access to a wealth of resources and tools (like a CAS graphing calculator!!!). I hadn't really thought about the device giving them a $1 musical instrument to play. There is something oddly full-circle-ish about this. Computers putting stage musicians out of business and then turning everyone into amateur musicians.

I was thinking of this song from Danny Marks, of CBC Radio's Basic Black's feature called the Hum Line, when I wrote the post's title. I was way more excited to meet him last year at Jeff Healey's Roadhouse than he was to meet me.
Posted by Ross Isenegger at 4:43 AM 1 comment: Links to this post

In a previous post, I asked for help in creating a one day workshop on Web 2.0 for Math Education leaders. My Personal Learning Network provided some excellent ideas in the comments.

The workshop was delivered yesterday to an eager and experienced group. Many indicated that they had seen Will Richardson at one of his appearances in Ontario, like the EDUGAINS symposium, and were ready to do more with Web 2.0.

In preparation for the session, I worked on a wiki to capture some of our ideas about

I have updated the wiki with some of the ideas of the participants as well. It is a little light in the sections that I was not responsible for. Perhaps some of you will edit it to beef it up.

If you were at the session yesterday, please feel free to comment and describe a interesting discovery that you made or pose a question that is still bothering you.
Posted by Ross Isenegger at 5:17 AM 3 comments: Links to this post